Polsgrove – When We Were Young in Africa 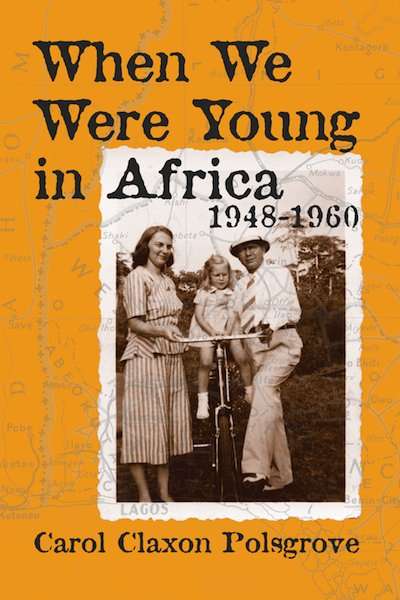 Growing up as a missionary child in West Africa, Carol Polsgrove was raised to be American, but Yoruba voices filled her days and talking drums her nights. Lifting the veil of stereotypes about missionary life, When We Were Young in Africa offers an intimate account of coming of age at a crossroads of cultures.

George Ella Lyon, Kentucky Poet Laureate, author of Many-Storied House and co-author of Voices from the March on Washington, explains the book’s significance:

Part of the legacy of Carol Polsgrove’s childhood is a sense of being between worlds, clearly not African but not fitting in the United States either. Nor is she at home in the evangelizing Christianity of her parents. But in this memoir, brimming with the sounds and smells, the voices and spirits of over sixty years ago, Polsgrove comes to see the unity that links the two continents of her life and, in doing so, to embrace her becoming as it shapes her ongoing.

When We Were Young in Africa is not just recollection but examination, always thoughtful, often funny, wrestling with issues of racism and social justice, the larger history of which her childhood is a part. Don’t miss it!

Carol Polsgrove always felt apart, the white girl among Africans, or in the U. S. pointed out as the girl who had once lived in Africa. In her book, When We Were Young in Africa 1948-1960, she delineates her parents’ story, too. “In today’s world, they might have joined the Peace Corps.” It was their ‘calling’ to a life of service that gave her and her little brother Billy the fascinating and unusual experiences that delight us by her recollection. 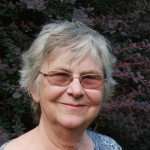 Carol Polsgrove, Professor Emerita of Journalism at Indiana University, is author of Ending British Rule in Africa: Writers in a Common Cause; Divided Minds: Intellectuals and the Civil Rights Movement, and It Wasn’t Pretty, Folks, But Didn’t We Have Fun: Esquire in the Sixties. For more information go to her website at  carolpolsgrove.com

Either hardcover or paperback directly from us.

There are also several other ways you can order When We Were Young in Africa:

Buy the Kindle eBook via Amazon

Buy the Paperback via Amazon 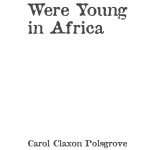 Download a PDF preview of the book by clicking on the following link: PolsgroveAfricaPreview

PrevPreviousClark – Sixty Something and Flying Solo: A Retiree Sorts it Out in Iowa
NextZach – For The BirdsNext
On Key