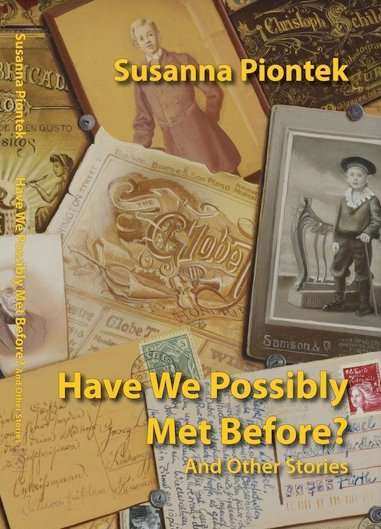 Susanna Piontek is an internationally known German author who has published numerous stories in a wide range of books and magazines in Europe. This is her first book for an English-speaking audience. Originally published in German as Rühlings Erwachen by the Verlag für Berlin-Brandenburg • Potsdam in 2005, the book Have We Possibly Met Before? And Other Stories is now available in the United States. The book offers seventeen short stories that surprise, shock, question conventions, and always end in an unexpected way.

See below what others are saying about this captivating book, or go to Susanna Piontek’s homepage at www.susannapiontek.net to learn more about her work.

Reviews about the Author and Her Work

Have We Possibly Met Before? is the title of a selection of short stories, written by the German author Susanna Piontek, and translated recently into English by Guy Stern. The title itself is a phrase uttered in one of the stories and indeed, even if each of them has its own characters and contexts, these stories immediately seem familiar to the reader. Yes, actually, we have met these people before as colleagues, neighbors, and friends.

Piontek’s view on life is refreshingly realistic. With unflinching exactness she describes everyday life situations we all know very well. With moral authority she points out little details that evoke a complete atmosphere. In a certain way we walk into her stories like guests into a living room, but only to realize that things are not as they seem, and that we will never get what we want. There is—and that is the distinctiveness of almost all her stories—a turning point. A precise moment, usually at the very end, where the reader understands that underneath the reality he knows, there exists another one: a whole underworld of complex feelings and motivations that invites the reader to pose questions, to see things differently.

Nothing to win and nothing to lose. But must we really accept life just as it is or as it appears to us?

In her unsentimental language Piontek narrates the often grotesque stories of people who, all of a sudden, are forced to reflect on what is really going on in their lives. In reality, at every moment, we do have the capacity or the freedom to decide our way of living and thinking, our very own distinctive way to be in the world. Often it just seems to be easier to disclaim this right and to hide behind a common behavior than to make changes.

With great sensibility, but also a strong sense of dark humor, Piontek shows the delicate moments when a man or a woman abruptly find themselves alone on earth, forced to contemplate life without the help of conventions.

But, of course it is not always up to us to change things and to become a better or deeper person.

In the face of evil, man is helpless. In one of the most amazing stories, The Evil Child, a little girl kills her beloved guinea pig. She does this with the intention to end the abuse her older brother inflicts on her. But her terrible sacrifice backfires. As soon as she tells him, he threatens to kill her grandmother in order to make her obey his evil demands.

The moral dilemma is insoluble.

Almost every one of Piontek’s stories ends with a final question mark that I understand to mean: listen, dear reader, do you think the story is done now? No story is ever complete. Stories are supposed to continue; your own story continues and at the very end there will be nothing else then, over and over again, but a new question mark.

…exquisite portraits in miniature […] often laced with delightful black humor and surprise endings of a sort familiar to anyone who is fond of the O.Henry style of fiction. Most of their themes are the ordinary stuff of daily life: love and loneliness, greed and sorrow, sexuality, betrayal, child obesity, deceit, even murder as misplaced revenge. While Piontek’s fiction often leaves the reader open-mouthed at their conclusion, the events in them are all easily imaginable. A woman who deceives her lover in an effort to persuade him to leave his wife, while, at the same time, his wife is deceiving him. The haunting murder of a small girl’s guinea pig and what it says about the cruelty of children and within families. The title story, which is the most haunting and most European of the collection, recalls the horror that has shaped and defined so much of the modern age.

Jack Lessenberry, Professor of Journalism at Wayne State University, and a contributing editor and columnist for The Metro Times, The Traverse-City Record Eagle, and The Toledo Blade. He also works for Michigan Radio and has published widely in Vanity Fair, Esquire, The New York Times, The Washington Post, The Boston Globe, and The Oakland Press

Susanna Piontek holds us spellbound by her mastery of the form of the narrative miniature. Our human, all-too-human traits are the hunting ground for her psychological tracings. In her short stories she reveals herself as a master of surprise endings, illusion-free descriptions of settings and black humor.

The strength of Susanna Piontek’s texts lies in these messages which are hidden in her everyday stories. Crime scenes children’s room, TV couch, dentist’s chair. At these respectable locations skullduggeries, deception, in some instances, murder are planned and carried out. Human beings interpret their lives as an experiment. How far do they dare to go?

In the wake of the spontaneous laughter which some of the stories evoke, shock often follows.

The human beings, not the events stand in the center. Even though the stories are exiting, surprising, suspenseful, they are not being told for their own sake, but for the sake of the human beings to whom the author extends her sympathy. This sympathy makes the stories of Susanna Piontek unforgettable.

Susanna Piontek was born in Bytom, Poland and immigrated to Germany in 1965. She earned an M.A. at Bochum University, specializing in language pedagogy research, history, and American studies. After working at the University of Saarbrücken for several years, she completed her education as a broadcast editor at a journalism school. While working at a radio station, she started writing short stories and poems. They have been published in book form, anthologies, and magazines in Germany, the U.S., Israel, and Albania. Since 2006 Piontek is living in the United States as a freelance writer. She is a member of the European Authors’ Association “Die Kogge” (“The Cog”, named after the vessels of the Hanseatic League) in Minden, Germany, as well as of SCALG (Society for Contemporary American Literature in German), and of P.E.N. Zentrum deutschprachiger Autoren im Ausland (P.E.N. Center for German-speaking authors in foreign countries).

From Guy Stern’s Preface to the Book

The seventeen short stories presented here in English were first published in Germany. They will, by all indications, arouse the same interest in English-speaking readers as they did for readers familiar with German. In these stories time – our time – appears to be speaking to us. […]

Her protagonists vacillate between anxiety and hope. They are mostly quotidian worries – the very ones you and I encounter every day – that confront her characters. […]

In the story “Pring’s Awakening,” her protagonist has all but accepted his steady decline, when a sobering experience shocks him into changing his lifestyle. Piontek nurtures the modest hopes of the average person, about whom her Silesian compatriot, the dramatist Gerhart Hauptmann, remarked: “Every person harbors a longing in his heart.” But precisely because her characters do not inhabit the upper regions of their society, either by status or wealth, every reader can immediately identify with them. At times Piontek also evokes more than the world immediately outside our windows. For example, in the story “Children’s Destinies” she first unveils the dark side of a child’s life within the setting of a German town, but then expands the snapshot into a panorama, a microcosm into a macrocosm. She uses a single hint to expose a similar social wrong in a far-off continent. […]

Her passion to communicate is everywhere evident in her stories, but you will search in vain for fearless heroes and heroines. A quote from the poet Rainer Maria Rilke readily applies to most of Piontek’s characters: “Who speaks of victory? To survive is everything.” Admittedly, however, the story “In the Family Way” depicts genuine altruism and self-denial: the heroism, if you will, of people-in-the-average. That story was chosen by readers of the journal Kurzgeschichten [Short Stories] as “Story of the Month” in May 2004.[…]

Piontek’s highly individual modes of narration also extend to numerous other aspects of her stories and are equally striking. Her humor accompanies her even when she leads us into a rather gruesome setting or when she describes the demise of one of her characters. A postal clerk takes his leave from this world, marked with a postal stamp indelibly printed on his forehead. […] She is not intent upon imposing lessons on us, yet her feelings of compassion in such stories as “Children’s Destinies” are subtly transmitted.[…] 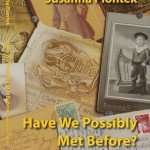 Alternatively, if you work for a library or a bookstore, use the code PIONTEKLIB50 to buy the book at 50% off of the retail price. Again, we’ll verify the origin of each purchase.