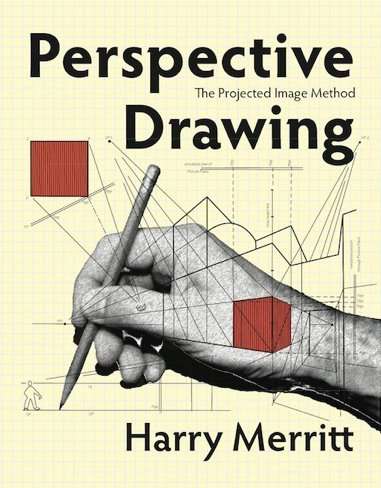 A book that teaches hands-on perspective drawing using the projected image method developed by architect and former University of Florida architecture professor Harry Merritt. The book includes detailed instructions on how to generate one-, two- and three-point perspectives. With many illustrations and a Preface by Culicidae Architectural Press editor Mikesch Muecke.

It seems anachronistic to write a book on manual perspective-drawing when freely available computer software can generate impressive three-dimensional views faster than it takes to read these lines. And yet, here it is, a book about a method to draw perspectives by hand.

It might be helpful to take a long yet brief view—the word ‘perspective’ derives from the Latin perspicere, literally ‘to see through’—into the history of representing what we see, or imagine, on a flat surface. In a recent New Yorker magazine article about the Chauvet caves, located in the Ardèche region of France, the author Judith Thurman points out that the stone age artists, who painted the interior of the caves, used perspective drawing techniques that would lie dormant for another 35000 years or so until their rediscovery during the Renaissance. Earlier Greek philosophers had developed theories of perspective, but it would take until the early 1400s to have a technique in place that could be used to accurately depict three-dimensional space. Examples such as Brunelleschi’s empirical experiments in drawing the St. Giovanni Baptistry next to the Duomo in Florence, Leonardo da Vinci’s Last Supper—aside from its religious meaning a precise exercise in one-point perspective—and Albrecht Dürer’s oddly erotic woodcuts, such as Der Zeichner des liegenden Weibes (from Underweysung der Messung, Nürnberg, 1538), represent the rebirth of carefully constructed perspective drawing.

500 years later we have the exquisitely crafted graphite perspectives by Monica Ponce de Leon and Nader Tehrani from Studio dA, Daniel Castor’s instructive jellyfish drawings, and Lauretta Vinciarelli’s symmetrical and light-filled water color constructions, but the question remains: why create perspectives manually today in the age of digital reproduction? One could answer that there have always been perspective-drawing aficionados who may simply want to add another technique to their tool box, but there are other arguments to consider. One reason to take on a deliberate, manual approach to creating perspectives lies in re-discovering the basic pleasures of drawing by hand. The simple effort it takes to arrange the tools—pencil, ruler, paper, sharpener, eraser—on a table, as well as the preparatory action of laying out the drawing space, stands in sharp and perhaps desirable contrast to pushing a button with a pointing device on a flat screen. Furthermore, the haptic pleasure of sharpening a pencil, holding it in the hand, and running it along a metal or plastic ruler, hearing the faint sound of the graphite being transferred to the paper, and slowly developing a view of a three-dimensional world on a flat surface is nothing short of magical.

Another argument may be the realization that any kind of manual drawing helps us see what we draw—a representation of an existing or projected reality—differently as we go through a process of re-drawing what we see—and how we see—in our mind’s eye or in front of us. In the case of architectural projects or designs, manual perspective drawing becomes a way to make the imagined spaces visible before a client’s eyes, allowing further development of the design without hindering the process by being too explicit. Unlike a digital sketch, a hand-drawn perspective has an openness, a capacity to be altered because it is merely a hand drawing. It’s ordinariness is not a liability but an asset. In the case of drawing what we see in front of us, accurate perspectives will allow us to see the world more acutely than a photograph or a digital perspective of the same scene would ever reveal. The constant decision-making process about what to include—and exclude—in a manual drawing helps us become better designers.

Finally I shall add a disclaimer and reveal an ulterior motive for writing the preface to this book: Professor Harry Merritt was a teacher of mine when I was an undergraduate student of architecture at the University of Florida—in the late 1980s—and he taught the method presented here to everyone in his studio, and no doubt to legions of other students during his tenure at Florida. For many years since then he has advanced this drawing method through several iterations, and now this book includes detailed instructions on drawing anything using a one-, two-, or three-point perspective. On the next page an elaborately constructed perspective drawing of mine from 1984—prior to getting into architecture—shows a different and much less elegant method than the one explained in this book. I wish now that I had known the Projected Image method earlier….

As a student I remember Harry’s infamous use of gridded paper sheets—he prefers ¼ inch grids—on which he would sketch out perspective views with amazing speed. As young kids bitten by the emerging computer bug—I was using Architrion software by 1989 on Macintosh II machines—we were initially doubtful that this seemingly old-fashioned way to draw would be useful, but we quickly realized the potential and power of using Harry’s method to make visible what we imagined.

More important than learning how to draw is to design in three dimensions, i.e. spatially. Most architects, even today, still conceive their designs in two dimensions, and the reason for this behavior may well lie in the preponderance of the plan drawing as a useful but utterly inappropriate means to design three-dimensional space. Harry taught us early on that, as designers and human beings living in space bounded by architecture, we have to inhabit this imagined reality in at least three dimensions. Using perspective drawing as a tool is an efficient means to design not only spatially but also to develop crucial visualization skills that aid designers in projecting into the future what the world around us might become.

While the pleasure of viewing a completed hand-drawn perspective is instantaneous, it is usually followed by the question: how did they do that? This book provides an answer by teaching the reader how to use Harry Merritt’s Projected Image system to draw any three-dimensional space on a piece of paper.

It’s a great pleasure to be able to offer Harry’s knowledge and wealth of experience in perspective drawing to an expanded audience that will hopefully find as much enjoyment and utility in drawing as Harry and his students have over the years. 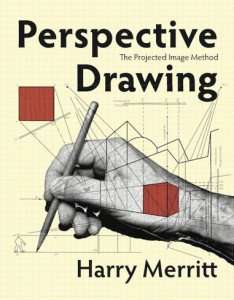 Special pricing available for students and faculty with .edu email addresses. Go to our online store to order the book, then enter an email ending in .edu under billing information and at the Checkout panel enter CPRESSEDU20 by clicking on the Add promotional discount. Please note that we will verify all .edu addresses. 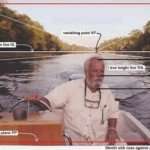 Harry Merritt is an architect and a Professor Emeritus of the College of Architecture at the University of Florida, where he taught architectural design for thirty-five years. Harry has designed over eighty buildings in Europe, Central America, Japan, and here in the United States.

Harry’s basic design philosophy is that architecture is space and that the space generates the form. Therefore, the ability to draw space is critical to those who design spatially. The perspective drawing is the only drawing that even comes close as an accurate representation of this design methodology.