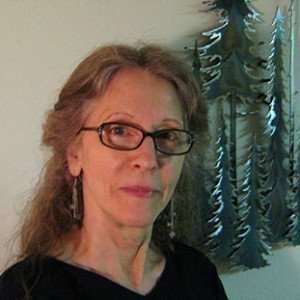 These Doors: A Novel, Culicidae Press, 2020
2019 O’jai Film Festival finalist with co-writer Patricia Stevens for feature script Timber.
“My Study on Stay-Puts” in Crossing Class: The Invisible Wall Anthology, Wising Up Press, 2018.
Sixty Something and Flying Solo: A Retiree Sorts it Out in Iowa, Culicidae Press, 2013, re-published in a second edition in 2015.
“Getting There,” Daring To Repair Anthology, Wising Up Press, 2012.
“Just in Case: Alone at Christmas,” Wapsipinicon Almanac, December 2011.
“The Last Straw,” The Lamoni Chronicle, December 9, 2010.
“Getting There,” Persimmon Magazine,” Fall 2008.
“The Dress,” Dutiful Daughters Anthology, 1999.
“Just for the Time Being,” A Ghost at Heart’s Edge” Anthology, 1999.
“Buffalos,” Story, Winter 1998.
“My Study on Stay-Puts,” The Sun, Fall 1992.
“Flossie’s Kid,” Cottonwood Magazine, June 1991.
“Houseboats and Peacock Feathers,” Poets and Critic, Sept. 1990 as a result of the Iowa Art Council’s first place Fiction Award.