Leverenz – So Mortal, So Dear 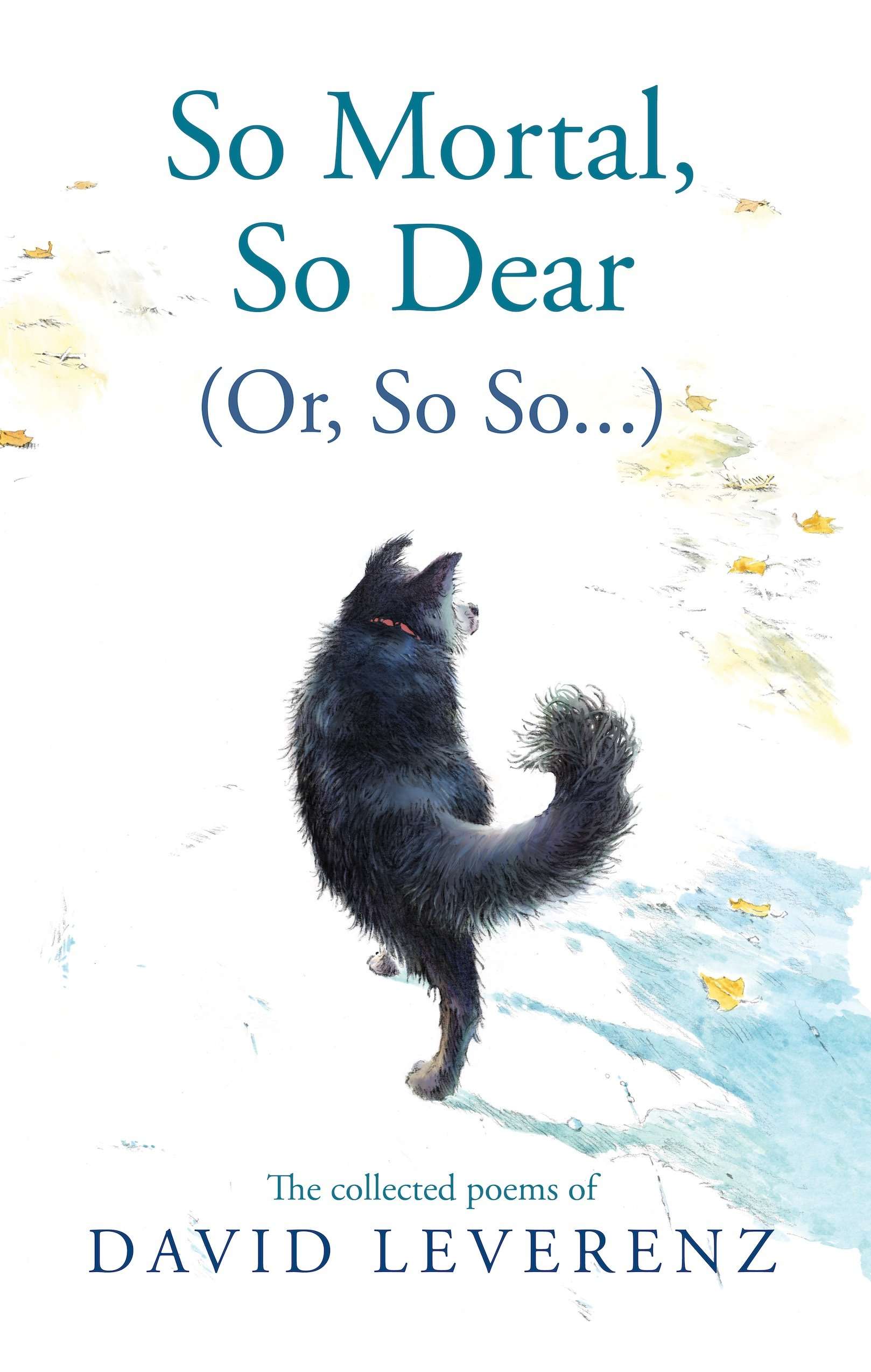 The poems in this volume, written between 1987 and 2017, were selected and ordered by David Leverenz before his death in August, 2017. Although David rarely shared his poetry nor spoke of it throughout the years, he left this collection of numbered poems where they were sure to be found by his family. With them he left a note in which he spoke of writing a great many poems in his twenties, “until I realized I was oscillating between Yeats and Frank O’Hara, without a voice of my own.” Even positive reactions felt to be “straws in a non-existent wind…before I gave up and said, okay, they’re just for me.”The poems he left us are, in the words of one reviewer, “an extended celebration of life…in which the ordinary, under the poet’s gaze, becomes extraordinary.” They are in a voice wonderfully his own.

What is most striking about the poems, which do usually strive for that sudden sense of joy in what is immediately before us and around us, is that they rigorously avoid the sentimental….The poems are full of the surprise of recognition….They tell a story that resonates (in a Whitmanian sense) out into the ordinariness, the limitations, the possibilities, of us all.
—George Levine, author of Reading Thomas Hardy, Cambridge University Press

Leverenz’ is a deeply personal voice, always alert to the surprises of the everyday. The poems about his wife are brilliantly done and movingly rendered; they constitute a profound tribute to marriage and a continuing meditation on its complexities.
—Barry Qualls, Professor Emeritus of English and Vice President for Undergraduate Education, Rutgers University

David Leverenz left us the gift of his poems. From quiet joys when love “rounds” him to insightful comments on science and nature, his sweet and rueful self-deprecation brings us to deep understanding of, and gratitude for, his mind and heart.
—Diana R. Brantley, author of Phases, A Collection of Poems, Culicidae Press

Leverenz asks all those difficult questions that we are mostly taught not to ask: what is the meaning of it all, why do I feel small in the scheme of things, what is love and why is it so complicated, why can it feel so puzzling to be a man in this era? He doesn’t reach for answers. Instead he tries to listen…to the world around him.
—Peter Middleton, author of Physics Envy: American Poetry and Science in the Cold War and After, University of Chicago Press.

David grew up in Princeton, New Jersey. He graduated Phi Beta Kappa from Harvard College in 1964 and, as a Woodrow Wilson fellow, earned a Ph.D. from the University of California at Berkeley. A noted literary critic and scholar, he taught for almost twenty years at Rutgers University, where he helped shape Livingston College, opened in 1969 and designed to address the needs of multiracial urban students. In 1985 he was recruited by the University of Florida to join its English Department, where he taught for twenty-five years before retiring in 2011. David was a superb teacher as anyone who has met him would guess, and as his many awards for outstanding teaching attest. A wonderful lecturer, he also drew out his students and, always taking seriously what they had to say, helped them clarify their perceptions and hone their writing skills. As much energy and time as he devoted to teaching, the greater pleasure of his professional life rested in his own scholarship and writing. The list of his publications is long: numerous articles, lectures, reviews, and five books including Manhood and the American Renaissance and Honor Bound: Race and Shame in America.

The above section comes from a post on ancestry.com