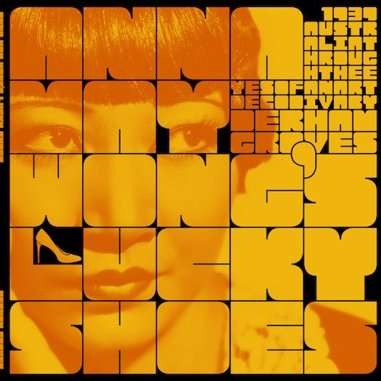 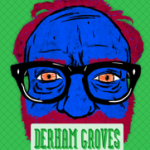 Groves writes in the design brief to his students:

At its best, fashion—like architecture—can be biographical. In 1939 the beautiful and intriguing Chinese-American actress Anna May Wong performed at the Tivoli Theatres in Melbourne and Sydney. […] Wong was a fashionista of her day. It appears that she was particularly fond of shoes: while in Melbourne she was photographed buying shoes at Foy’s department store and in Sydney she revealed to a reporter that a Chinese-style shoe she wore as a child and kept in her dressing-room was her lucky charm. Design and make a pair of shoes for Anna May Wong by ‘altering’ (i.e. adding to, cutting, painting, etc.) a second-hand pair of shoes purchased from an op shop. […] Hand in the shoes, along with a 200-word explanation of how they relate to Anna May Wong, on the 12th of October [2010]. Also upload an image of the shoes on the subject’s Wiki page.”

For the author’s blog go to www.derhamgroves.com and check his expertise bio at the University of Melbourne.

For information about Anna May Wong and her illustrious career go to en.wikipedia.org/wiki/Anna_May_Wong.

What the Reviewers Think

What could be better than a mystery? Or a beautiful, mysterious femme fatale in shoes that Jimmy Choo might well envy! And the whole package in residence in far off Australia, where stardom finally blooms!

Anna May Wong, the world’s first Chinese-American film star, visited Australia in 1939. Her stylish outfits always delighted her adoring fans. But did anyone notice here shoes? Wong was passionate about footwear, which is the ultimate fashion statement. She was photographed shopping for shoes at a department store in Melbourne. She also kept an old shoe in her dressing room at the Tivoli Theatre for luck. All these years later, Wong’s lucky shoe gave Derham Groves, an architect and pop-culture historian, the idea for a wonderful project. A group of talented architecture students from the University of Melbourne, where he teaches, each took a pair of ‘pre-loved’ shoes and embellished and remodelled them with the aim of capturing the essence of Anna May Wong’s unique personality. As a footwear designer myself, I know that his was not an easy thing to do. However, the results are simply outstanding.

Anna May Wong’s Lucky Shoes interfaces a chronological biography (cum-histography) of the Chinese-American film star, Anna May Wong’s 107-day visit to Australia in 1939 with the documentation of 52 design-as-biography projects by students at the University of Melbourne. The effect(s) is uncanny. Groves demonstrates a different approach to writing biography that is as challenging to the historian as his approach to design-as-biography is to the designer and architect and his mode of pedagogy to the teacher. While operating just outside the realm of the readily classifiable, due in large measure to the work’s hybridity and Groves’ multidisciplinary transgressions, Anna May Wong’s Lucky Shoes makes a contribution not only to our understanding of the popular and material cultural history of pre-World War II Australia. Arguably, Groves can also be read here as having created something of an anti-manifesto for dialogic, sustainable design that is of immediate relevance.

At the level of surfaces, Anna May Wong’s Lucky Shoes appears simple and unpretentious, if not parochial and banal. However, when read in light of the interplay between the two sections—biography and the documentation of design-as-biography projects —it becomes apparent that the materials have been organised to give the work a circuit-like quality. Surface simplicity gives way to a subtle complexity. Groves’ biography nurses the reader into an encounter with the design-as-biography projects and the projects draw the reader back to rediscover the biography of Wong—text begets image(s) and the image(s) beget a re-energized and re-configured text.

The first section of Anna May Wong’s Lucky Shoes documents the movements of the now little-known Wong to, around and from Australia just prior to World War II. Groves briefly establishes his personal appreciation of the enigmatic, Lady Gaga-esque Wong in the first person. But he quickly abandons a point of view and his writing takes on some of the characteristics of American novelist, Thomas Pynchon. Like Pynchon, Groves has the meticulous eye of the sleuth or the roving tactile-eye of the virtual camera for detail. Anna May Wong’s Lucky Shoes if full of detailed lists: passenger lists, guest lists, menus, and filmography. Around the movements of Wong Groves builds an inventory of Australian material and popular culture just prior to the war. His camera eye, panning and zooming incessantly, is quick to focus on concrete, individual particulars of the material culture of the day: time, date, places, street names and numbers, transactions, costs, makes, models, colours, patterns and textures. In addition to offering insight into Australian architecture, entertainment, fashion, food and politics, Groves provides a lens through which to view of racism in Australia and the racial politics of film production, homophobia, the rising cult of celebrity, (beautiful-) freak aesthetics, and the milieu of Australia’s social aristocracy. In short, Groves’ inspection captures everything that is going on—by means of a close inspection of the most common, everyday and banal—not merely what some people think should be going on. In this respect Groves’ operation is something of a prose equivalent for what his fellow Australian artist Reg Mombassa achieves in paint. And it is for this reason that the long-dead Marshall McLuhan might have said that Groves succeeds where F. R. Leavis failed. “The trouble with Leavis,” noted McLuhan (1987), was that his “passion for important work forbids him to look for the sun in the egg-tarnished spoons of the daily table […] [this] cuts him off from the relevant pabulum” (166).

In the second section, Groves, with the help of photography by Lee McRae, documents and offers a brief reflection on 52 pairs of shoes designed by his students enrolled in the Popular Architecture and Design paper. Groves set his students the task of designing a pair of (lucky?) shoes for Wong by altering an old pair of shoes purchased from an opportunity shop. Groves’ reflections here, however, do not interfere with documentation of the shoes on display. Rather his mode, tradition or sensible orientation towards art and art history appears to have some affinity with the humanism of Burkhardt, carried on in the 20th century by figures such as Wölfflin, Giedion and Moholy-Nagy. While Groves might disown the connection to these figures it is worth mentioning here as it may open up a way of reading Groves and help illuminate why he has sought to showcase the work of these young Australian designers.

The crux of the matter is that Groves does not turn away from objects or art nor does he use either as a platform to illustrate or argue a set of ideas (in the mode, say, of the social-engineer who sets design the task of changing people). Rather, for Groves, it is art that matters and he extracts himself to make a space for “objects” and the “art” to speak for themselves on their own terms. Subsequently, and this may be another reason why Groves eludes convenient categorisation, if he has anything to say beyond showcasing a motivational and fun pedagogical activity it is said at the level of demonstration. Design, as Groves presents it, can be a deeply dialogic activity with and in service of unique human individuals (with a history and somewhat messy relationship to material artefacts that can be, simultaneously, practical, emotional, irrational, calculated, and ever-changing). His mode of demonstration that eschews linear, logical and hypothesis-drive rational argument is entirely consistent with his goal(s). If we allow, then, Groves to demonstrate what design is, can and should be we find design (inclusive of architecture) can be a form of biography. It emerges from story—rich and concrete encounters between peoples, places and material culture. Design maximizes diversity and, therefore, minimizes competition (which is predicated on a large degree of sameness). Design is also transmutative and realised in and through a dialogue with pre-existing materials that are as historically conditioned as the client. Subsequently, design, neither has to result in the creation of more stuff, which is what Andrew Milner argues needs to be avoided for the realisation of a sustainable future, nor has to set itself the task of promoting a bloodless, or perhaps glamour-less, austerity ill befitting an art deco diva.

You can order the book directly from Amazon in the USA | Canada | Australia | France | Germany | Italy | and the United Kingdom. 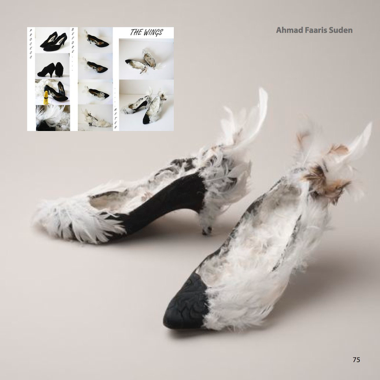 Preview parts of the Book by downloading Chapter 1 of the story PDF (0.9 MB) by clicking on the following link…