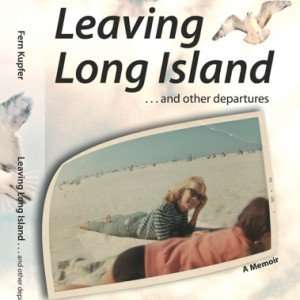 Fern Kupfer is a memoirist, columnist, novelist and popular speaker. Her latest book, Leaving Long Island, is a memoir about being a woman of a certain age (born in 1946) and surviving the loss of a child, the explosive end of a long marriage, and the discovery of a genetic inheritance (the BRCA 1 gene) endemic to the Ashkenazi Jewish population. It is a second-half-of-life story, without any sensational theme of surviving molestation, substance abusive or captivity, but a dead-true depiction of an ordinary life of pain and happy second chances.

Her columns Mothering and A Certain Age appeared every three weeks in Newsday from 1993-2005.

Her novels include Surviving the Seasons (Delacorte), No Regrets (Viking), and Love Lies (Simon and Schuster).

Fern lives and works in Ames, Iowa. For other books by Fern, please go to her books page.

For speaking engagements and book readings please use the contact page.

To keep up with news by and about Fern go to her Facebook page.