Croyle – Hertwig: The Zelig of Design 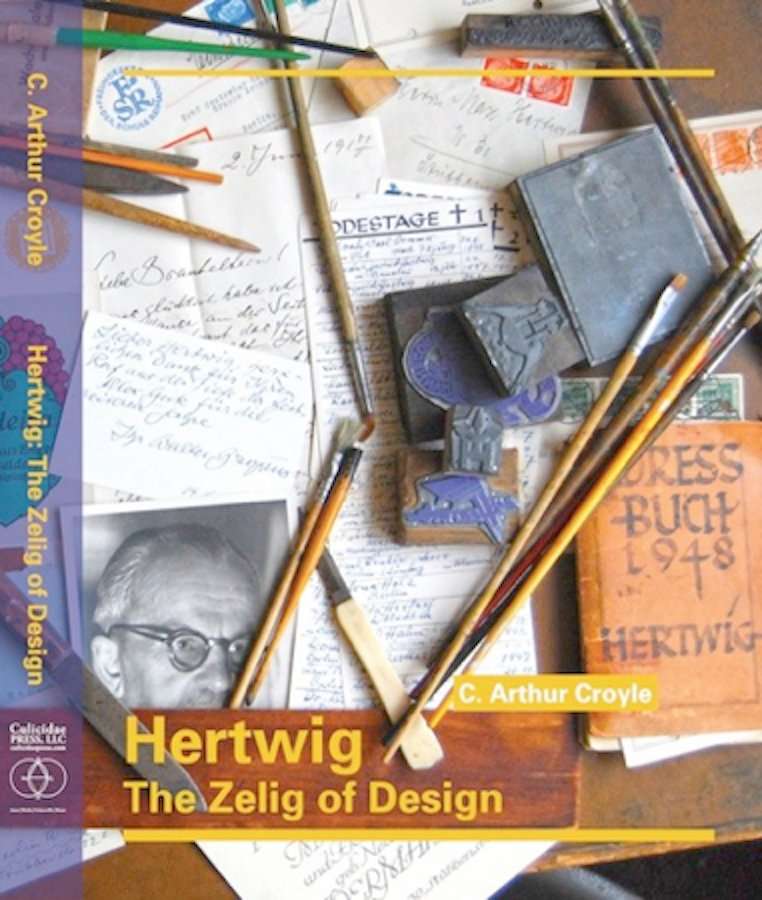 C. Arthur Croyle’s Hertwig: The Zelig of Design is an illustrated biography that traces the life and career of graphic designer Max Hertwig (1881-1975) through the most fascinating and formative years of his burgeoning profession. Hertwig worked at the beginning of the 20th century with and for such masters of design as Peter Behrens, Walter Gropius, and Ludwig Mies van der Rohe. Chamelion- and Zelig-like he happened to be in the right places at the right time without getting much attention for his substantial contributions to the discipline and profession of graphic design. This book, by Hertwig’s grandson C. Arthur Croyle—a well-known illustrator and painter—provides a comprehensive and exhaustive study of Hertwig’s amazing, yet almost forgotten work. Croyle’s story of Hertwig serves as a vehicle to chronicle the events, movements, and people who impacted art and design during the culturally and politically dynamic era in the early part of the 20th century. Hertwig’s professional activities include participation in landmark design work for such companies as AEG (General Electric Company of Germany) and the Fagus Factory, design initiatives that preceded and shaped the foundation for the Bauhaus philosophy.

Hertwig was born in Bunzlau, Silesia in 1881 to a merchant family. When his father unexpectedly died, Hertwig had just completed compulsory public education, and immediately found employment as a lithographer’s apprentice at local printer L. Fernbach, to help support his family. Fortunately for Hertwig, the printer was ambitious and on the cutting edge of new technologies, allowing Hertwig to become well acquainted with technical aspects of the print industry and to develop his innate artistic skills. Several years later, he moved to the industrialized Rheinland region, eventually settling in Düsseldorf. From 1902 until 1906, he attended the Düsseldorf School of Art and Crafts, just as new director Peter Behrens was reshaping the curriculum into a revolutionary style of Jugendstil/applied arts orientation. Hertwig’s primary mentor at the school became the renowned graphic designer F. H. Ehmcke.

Through Ehmcke’s recommendation Hertwig was hired as the primary graphic designer for the printing firm Bügen & Co. in Hannover. The firm specialized in apothecary packaging and promotional items. Ehmcke, F. W. Kleukens, and Clara Möller-Coburg were other designers who supplied designs to the printer. They had all been founders of the influential Steglitz Studio in Berlin, the first commercial studio in Germany and a major catalyst in launching the profession of commercial art, as it was called at the time. The designs Hertwig created for Bügen & Co. incorporated the Steglitz style and represented some of the most innovative packaging design of the time, thus establishing Hertwig as one of the earliest leading figures in the field of graphic design.

Hertwig was hired by Behrens just two years later to join an elite group of architects and designers in Behrens’ Neu-Babelsberg Studio in Berlin. The studio’s primary client was the AEG. Hertwig’s short, but productive stint with Behrens (February 4, 1908 to February 20, 1909) provided a springboard for his career as he established professional contacts with other assistants, including Walter Gropius and Adolph Meyer. He left the studio on good terms to pursue a freelance career, and continued to complete work for Behrens after his departure.

Hertwig’s designs were well received and included in a series of traveling exhibitions displayed in Germany’s largest cities. Design patron Karl Ernst Osthaus, who later co-founded the German Werkbund, organized the exhibitions. Other designers whose works were featured in these exhibitions included such notables as Behrens, Erdt, Paul, Hohlwein, Klinger, Bernhard, and Ehmcke.

In 1912, Gropius and Meyer recommended Hertwig as the graphic designer to undertake the identity and advertising of the Fagus Factory. The factory, which produced wooden shoe lasts, was owned and operated by Carl Benscheidt. He was among a small group of farsighted business owners receptive to new design thinking and willing to apply such ideas to their operations. In Hertwig, Benscheidt had landed a designer who embraced Werkbund idealism.

During that same period, Hertwig began a long and distinguished second career as a faculty member at the Reimann School, a private art school in Berlin founded in 1902, which emphasized the applied arts. Hertwig’s first instructional duties included lettering, graphics and ornament design. His tenure would help shape its growth, pedagogy, and visual brand, and culminate with his appointment as the Deputy Director of the school from the mid 1920’s until 1933. He was instrumental in the design of the school’s long-running publication Farbe und Form. The journal underwent several design changes, which reflected stylistic developments. Most noticeable was Hertwig’s redesign of 1927, with its incorporation of modernist typography and design in response to the influence of the Bauhaus. The journal aspired to be more than an in-house organ, and featured the writings of nationally known historians and theorists of the Weimar period.

Throughout his years as a teacher, Hertwig remained creatively active in the areas of advertising, identity design, book design, and lettering. He was a prolific logo designer and distinguished himself as a master calligrapher. With Jupp Wiertz, he co-founded the BDG (Association of German Graphic Designers) in 1919. He was instrumental in its organization and remained active on behalf of the association throughout his lifetime. The BDG remains Germany’s premier national professional organization for graphic designers to this day.

As the Nationalist Socialist party rose to power throughout the 1930s, Hertwig fought vociferously to protect the Reimann School, administered by Jewish founder Albert Reimann. Ultimately, Hertwig lost his influence and authority as the school succumbed to external pressures. However, he remained on the faculty until the school was destroyed by English fire bombings in 1943.

Fleeing Berlin with his family, he relocated several times through a series of harrowing circumstances before finally settling in the small, pastoral Bavarian town of Dorfen. At an age when most retire, through necessity and intrinsic drive, he reprised his career, diversifying his artistic activity to include fine art. He became a celebrated figure of regional notoriety.

When he passed away at the age of 93, he was still creatively active and dedicated to the design profession. 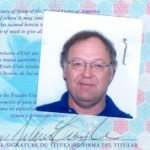 C. Arthur Croyle is Associate Professor Emeritus in the Department of Integrated Studio Arts at Iowa State University. He taught classes in foundations, drawing, painting, graphic design, and design history. His professional activity has kept him engaged as an artist, graphic designer, and historian. His grandfather, Max Hertwig, impressed an appreciation for the interconnectedness of all of the visual and design arts upon him. He lives and works in Ohio.