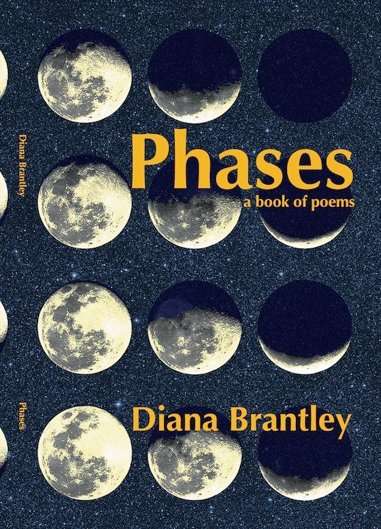 Here is the text from the Introduction of the book, in the author’s words:

A teaching life of more than thirty years has given me the boon of closeness to great poetry. Reading and explaining the works of others to the children of others meant that I repeated incantatory words until they became my way of seeing the world. Then, when my own lines began to come to me, my goal, though not necessarily the result, was a combination of compression and inevitability. As I have written each of these lines, whether they came to me in a flash (“Non-swimmers”) or took ages of reworking (“Egypt”), I have aimed at that mix. You must be the judge of whether I found success.

Many of these poems speak of my large and quirky extended family (“Proper Nouns”). Several comment on what were current events when they were written (“Diana’s Hands”). Others came in an image that stuck in the brain and tossed about until the poem came (“Ruins”). A few are deliberate ruminations on teasing questions (“Gender Specifics”).

Nevertheless, they appear here in alphabetical order, which seemed better somehow than chronology or theme, for offering a varied plate. I hope there are surprises here. I hope there is familiarity of speech or scene, as well. I hope you enjoy reading.

Diana Brantley, educated at Wake Forest (BA) and Rutgers (MA), spent more than thirty years teaching traditional advanced courses in high school English. She helped establish curricula for Advanced Placement and International Baccalaureate programs. She also served as IB Coordinator and taught Theory of Knowledge. Her teaching was praised by critic John Leonard in the New York Times, when his son was in her class:

She teaches English literature, from Beowulf to Barthelme, somewhere down in inscrutable Florida. She is familiar with the secrets of William Blake. She has been known to dilate on the critical “discourses” of Roland Barthes in front of 11th-graders, all of whom are fanatically devoted to her because she makes them sweat and assumes that they are smarter than turnips and, obviously, she has style.

Since she retired from teaching, Diana and her husband Richard have been dividing their time between homes in Florida and in the mountains of North Carolina. They have two daughters and three grandsons. Their cats travel with them.

Clark – Sixty Something and Flying Solo: A Retiree Sorts it Out in Iowa

Meritt-Gordon and Grosscup – Tell Them What You Want