In Remastered, Mia Hayes rings in the new year at a nineties rave in an abandoned warehouse. Just as she’s having enough fun to forget that the era is more flawed than anticipated, she is notified that her parents have been in a serious accident. She must return to the current era at once. A Time Regulatory Network employee helps tear Mia away from the nineties, but Mia cannot contact her brother, Derek, who is isolated in the sixties.

The safety device known as ‘the Aid,’ which was promised to all Time Travelers by the Time Regulatory Network (TRN) months ago, is still unavailable to Derek. To go back to the sixties and connect with her brother, Mia bargains with TRN — at a high cost.

While TRN scrambles to maintain the operations of Time Travel, a new organization known as ‘menders’ gather behind closed doors. Menders push for the ability to correct the past and influence outcomes of the current era, causing the Hayes to question their role in the span of time.

How do I get the book?

Remastered is available worldwide, from brick-and-mortar stores like your favorite neightborhood bookstore/café to online stores (see the links to different countries below).

If you want to buy directly from us, choose the version (Paperback or Hardcover) and click on the Add to Cart button. 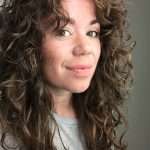 Hallie Baur, historical fiction novelist and poet, views the world through a nostalgic lens and uses her fascination with the past to transplant readers into the settings of her stories.

Baur lives in the Midwest with her husband and Maine Coon cat. When she’s not writing she can be found dancing, making her way to the front row of a concert, and seeing the world.