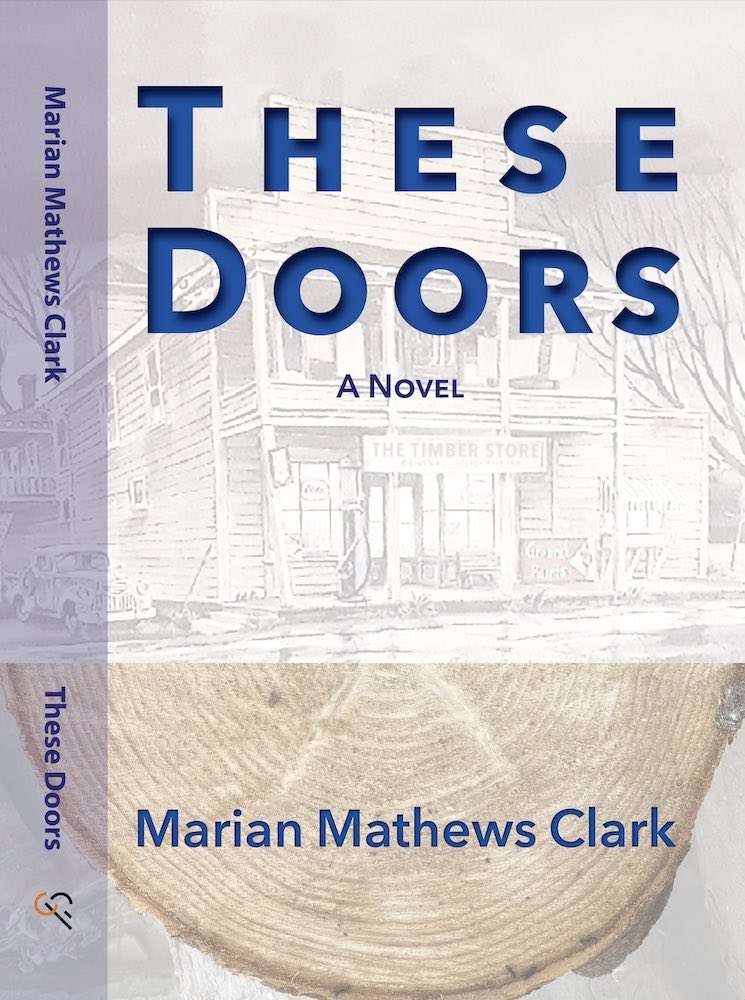 These Doors presents Timber (Pop. 50), sequestered in the Oregon woods from which few emigrate and fewer want to. In the style of a novel where plot threads unfold chronologically from 1959 to 1983, characters appear and reappear. They remember blackout curtains and their neighbor killed in Pearl Harbor, haggle over clear cutting, mourn fellow loggers killed in the woods, voice curiosity about Chet who shows up from eastern Oregon to extract his son from white man’s land, and are suspicious of the hippies on the old Marshall place who log with mules. They disagree about whether or not the preacher who claims he saw God is crazy and if the ex-con who returns from prison with a new wife killed his old one. But they agree that the Portland transplant who pushes her petitions ‘for the good of Timber’ is a pain in the ass and that the poem over the entry of the Timber Valley Store that says “The best people in the world pass through these doors,” is mostly true. 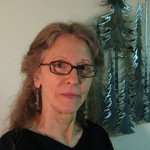 “My Study on Stay-Puts” in Crossing Class: The Invisible Wall Anthology, Wising Up Press, 2018.

Sixty Something and Flying Solo: A Retiree Sorts it Out in Iowa, Culicidae Press, 2013, re-published in a second edition in 2015.

“Getting There,” Daring To Repair Anthology, Wising Up Press, 2012.

“Houseboats and Peacock Feathers,” Poets and Critic, Sept. 1990 as a result of the Iowa Art Council’s first place Fiction Award.

Echoing Thoreau’s lives of quiet desperation, These Doors illuminates the unbearable sadness of hope. Condemned to small adventures in Timber, Oregon, ‘a low spot socked in by firs,’ we take a gentle journey through The Valley into the circle of its intimate community, the pain of its heart, the redemption of its soul. Written with tough, fragile beauty and savage clarity, using language that manages to be both sparse and luminous, offering deep communion with nature, succinct life lessons and memorable aphorisms, Ms. Clark reminds us of the universality of sorrow and the uplifting power of deferred, hoped-for joy.  In the author’s loving hands, I came to care about and have affection for these people. I hurt with these people. I was surprised by the sweetest and softest of tears that came over me almost imperceptibly. These Doors, within whose pages an uncareful moment can ruin a village and a life, where howling ‘The Old Rugged Cross’ can become an uncanny ‘Ode to Joy,’ will lift you, carry you, sustain you, move you. And you will return.

Dr. Douglas W. Larche, author and playwright of Father Gander, Number the Stars, Truth on Trial, and Angels in the Snow; Cabinet-level Director of Cultural Affairs and the Iowa Arts Council for Governor Thomas Vilsack

I love these stories from another time, and these all too human characters as they go about their odd, funny, sad, messy, and interconnected lives in a tiny, isolated community in rural Oregon. Marian Mathews Clark is a fine writer who sees the world with clear eyes and a compassionate heart.

Bart Yates, author of Leave Myself Behind